The Walking Dead: the return of Rick Grimes teased by Jeffrey Dean Morgan

Comments from Negan’s interpreter suggested that Rick Grimes could soon return to the series “The Walking Dead”. 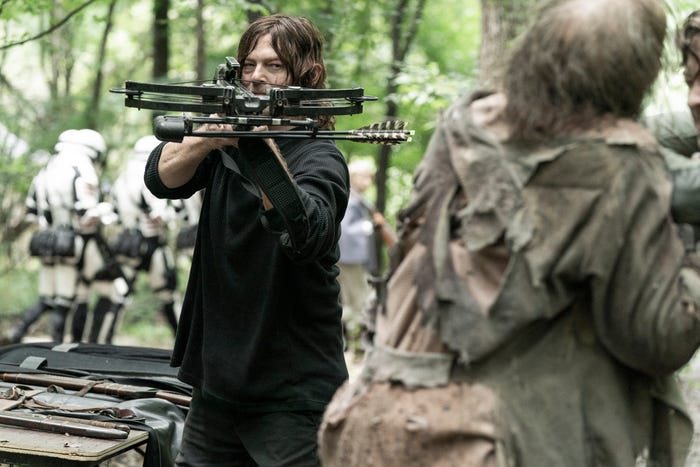 If it has not yet been officially confirmed, the return of Rick Grimes in The Walking Dead seems to be becoming clearer day by day. A few weeks after the publication of a photo bringing together Andrew Lincoln and Norman Reedus (Daryl) taken on the outskirts of the filming of the final season of the horrific show, this time it is comments made by Jeffrey Dean Morgan (Negan) who sow doubt in the minds of fans.

In an interview with our British colleagues from the site The Express, the 55-year-old actor returned to the surprise departure of Negan during the second part of season 11 currently broadcast on OCS. An unexpected, but nevertheless temporary departure, since the character will be the headliner of the spin-off Isle of the Dead, alongside Maggie (Lauren Cohan). But the return of Negan could be accompanied by that of another character, according to his words:

I can tell you that Negan is going to go away and when he reappears he will have a mysterious friend with him.

What “friend” could it be? If the name of Dwight is a probable hypothesis (the two men belonged to the community of Saviors), that of Rick Grimes also comes to mind. Missing for several years, the former sheriff could thus reappear different from the one we knew until then. To the point of siding with Negan and forgiving him of his past crimes?

Answers may be given to us during the next episodes of the final season of The Walking Dead, broadcast every Monday exclusively US + 24 on OCS Choc and the OCS on-demand platform!

When Will Netflix’s New Series “Hot Head” Be Released?

“The Crown” on Netflix: This shocking event will not appear in the series

Starting today: The best & most violent action series of the present is finally going on – after more than 2 years (!) of waiting!

Will Princess Diana’s Fatal Crash Be In “The Crown”?