From Nakatomi Plaza in “Crystal Trap” to “The Pearl,” the fictional skyscraper in the film “Skyscraper,” cinema has regularly given us dizzying towers. Can you precisely classify them in order of size?

“40 floors hostage”. You may remember the famous catchline that appeared on the poster of the cult film Piège de cristal, which needs no introduction. It is an understatement to say that the exploits of John McClane in the face of the terrorists taking possession of Nakatomi Plaza have marked the cinematic memory of the spectators.

From the formidable Infernal Tower, an absolute classic of the disaster film signed by John Guillermin and released in 1974, carried high by Steve McQueen and Paul Newman, too Skyscraper, where Dwayne Johnson plays the people responsible for the secrecy of skyscrapers in Hong Kong, in going through the incredible ascent of the Burj Khalifa tower in Dubai by Tom Cruise in Mission impossible: ghost protocol, it is not the skyscrapers that are missing from the cinema.

We could even add, in this perspective and for good measure, John Fredersen’s tower of babel in Fritz Lang’s Metropolis, or the Peach Trees of the city Mega-City One in Dredd. In the film, the tower, absolutely gigantic, is no less than 200 floors and is controlled by the dangerous criminal Ma-Ma. Given the concentration of Junkies and other gang members in this tower where the police no longer set a foot apart from Dredd, the Peach Trees was a good little taste of hell…

Never mind, the broadcast on TF1 of Skyscraper this Sunday evening is ultimately a good excuse to test yourself on the skyscrapers: it’s up to you to reclassify them in order of size, from the smallest to the largest!

Mission impossible, Skyscraper, Die Hard… There is no shortage of skyscrapers in the cinema. But can you rank them in order of size?

As for talking about Skyscraper and its fictional tower called Pearl, here is a little anecdote about its creation. The film team wanted to design a building that fits into the culture of the country where it is located. While production designer James D. Bissell and his collaborators were looking for a central theme around which to build their approach, they discovered a Chinese legend called “The Pearl of the Dragon” according to which a boy turns into a dragon in a river. 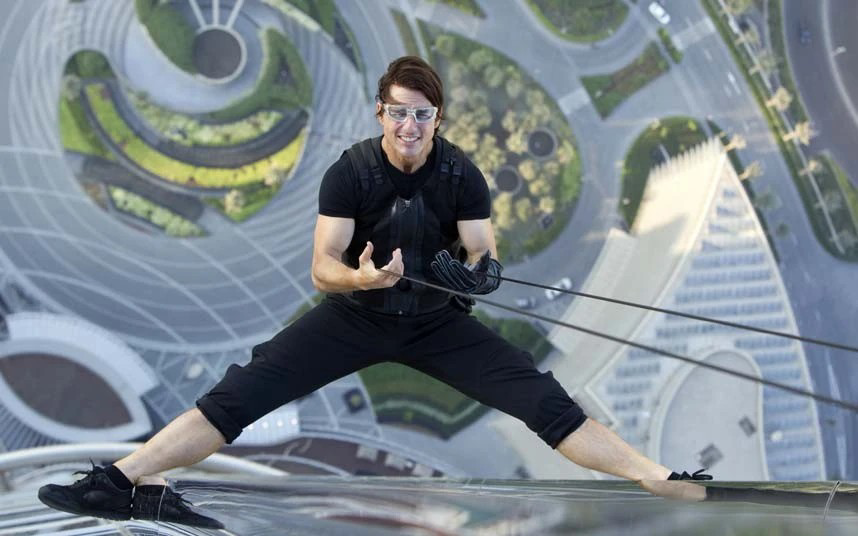 In Chinese culture, beads represent absolute knowledge, or sometimes the soul’s journey to wisdom. Moreover, one of Bissell’s collaborators discovered that the Pearl River estuary flows near Hong Kong and that this river is often symbolized by a dragon.

After scouting, it was decided to locate the Pearl on the Kowloon Peninsula and not on Hong Kong Island. This allowed producers to use Hong Kong as a backdrop. However, the name of Kowloon means “nine dragons”. The surrounding eight mountains represented eight dragons, and the emperor was the ninth.

The set team therefore set about designing a building whose undulating appearance was to recall a dragon rising to the very pearl. According to Bissell, the building was to embody “strength and resilience, the very opposite of The Infernal Tower, a symbol of excessive pride and whose implicit message is that ‘we have gone too far. In this film from the 1970s, there were corrupt developers and a crooked architect, whereas in Skyscraper the building is fabulous. Its only flaw is that it is coveted by malevolent forces.”

Three thousand years to wait for you: a grandiose trailer for the new George Miller

Top Gun Maverick: the phone call from Tom Cruise that changed everything

The Night of 12: a horrible crime haunts Bouli Lanners and Bastien Bouillon in the trailer

Ocean’s Eleven: a prequel worn by Margot Robbie is in development