“Bridgerton” Season 3 & 4 are already ordered: This is how it continues in the Netflix hit & in the spin-off to Queen Charlotte – series news

The fact that “Bridgerton” will continue after season 2 is already decided. Seasons 3 and 4 will once again focus on other Bridgerton siblings and a spin-off series will tell the prequel to Queen Charlotte. 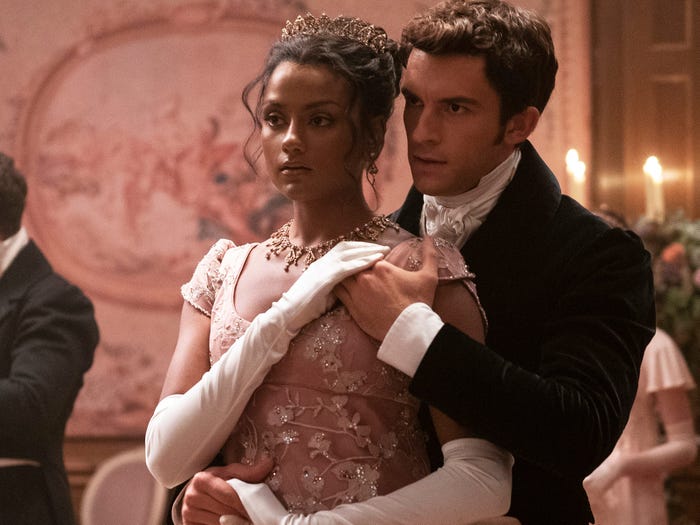 The second season of “Bridgerton” has been running on Netflix since March 25th and by now most fans of the series should have finished all eight episodes again. Fortunately, supplies are on the way: Netflix has already ordered Season 3 and Season 4 of Bridgerton. There will also be a Queen Charlotte spin-off. In this article, you will learn everything you need to know about the future of “Bridgerton”.

These “Bridgerton” siblings are probably next

Since “Bridgerton” is based on the novels by Julia Quinn and the previous seasons have kept to the order of the books, it can be predicted quite accurately how the coming seasons will continue. The template is also about the happiness of a certain character from the Bridgerton family in each book.

In books 1 and 2, like in seasons 1 and 2 of the Netflix series, it was Daphne and Anthony. In Book 3, Benedict Bridgerton is the main character, in Book 4 it is Colin.

The plot of seasons 3 and 4

Here we briefly present the plot of books 3 and 4, which will probably also be seen in the Netflix series in a way that is quite true to the original, even if there will be minor differences here and that – as in the first two seasons.

Book 3 “How to Seduce a Lord?” is a modification of the Cinderella fairy tale. At a masked ball, Benedict (played by Luke Thompson so far) falls in love with an unknown woman who leaves only a glove. This is Sophie, the illegitimate daughter of an earl, who was demoted to the rank of maid by her wife. When Benedict meets Sophie, things crackle between the two, but Bridgerton’s thoughts are still on the masked woman from the evening of the ball. If only he knew it was the same person…

Book 4 “Penelope’s Spicy Secret” focuses on Colin (Luke Newton) and Penelope (Nicola Coughlan). After a long back and forth, things are slowly getting serious between the two. At the same time, the scandalous columns of the mysterious Lady Whistledown cause trouble in court. What if Colin finds out it’s Penelope behind the infamous alias? Does the love between the two still have a chance?

Despite the new main characters, Season 2 stars Jonathan Bailey and Simone Ashley will reprise their roles as Anthony Bridgerton and Sharma Kate in Season 3. This has already been confirmed by Netflix. Shonda Rhimes (“Grey’s Anatomy”) will not be a showrunner for the next two seasons. With Jess Brownell, another member of the writing team takes over the creative baton. Rhimes is handling the “Bridgerton” spin-off instead.

With the planned spin-off of Queen Charlotte, Netflix is ​​planning another series in the “Bridgerton” universe, which, unlike the main series, is not based on a book. After all, the character that is the focus here does not even exist in the novels. The spin-off will be a prequel series based on Charlotte’s backstory.

The lead role is played by India Amarteifio (“Line Of Duty”). The role of Lady Danbury has also already been cast with Arsema Thomas (“Redeeming Love”). Here you can take a look at the two actresses:

When is Bridgerton coming to Netflix?

There were about 15 months between seasons 1 and 2, but the production was made more difficult due to the corona pandemic – a factor that should no longer be significantly important. We, therefore, expect that “Bridgerton” Season 3 awaits us in early 2023. However, Netflix has not yet announced an official launch date. When the Queen Charlotte series will appear is also not yet certain.

Due to the enormous success of the previous two seasons, it is very likely that “Bridgerton” will continue after season 4. The book series consists of eight books. There is enough material for further sequels.

A few days before the start of the long-awaited horror series: “The Walking DeadThe studio has already confirmed Season 2

“Andor”: Did you see the “Game Of Thrones” star in episode 4 of the “Star Wars”series recognized?

With “John Wick”- & Marvel Stars: Cast of Netflix’ “Avatar” series is finally complete – and it looks 1:1 like the original!